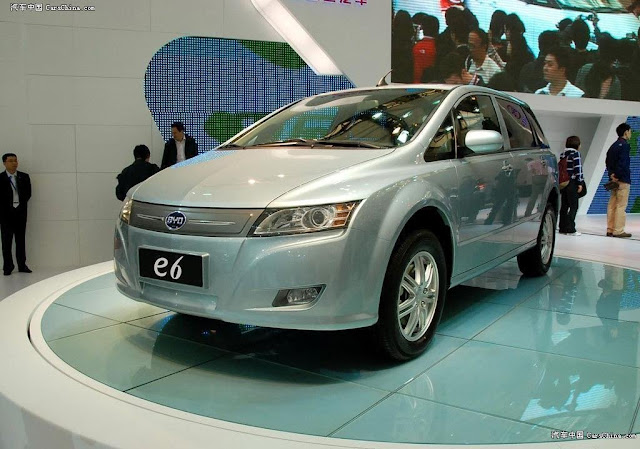 (April 20, 2012)  Berkshire Hathaway's David Sokol with BYD's Wang Chuanfu in Detroit (Reuters)Buffett on BoardBYD, the Chinese battery maker-turned-automaker that stunned the world with the first mass-market electric plug-in car late last year, remains something of a wild card. The car, the F3DM, goes 62 miles on a single charge -- farther than other electric vehicles -- and sells for around $22,000, less than the plug-in Prius and much-hyped Chevy Volt are expected to cost when they come out in late 2010. But a number of questions remain, like when the car will come to the US (if at all), and how safe are its batteries.

Hertz will offer Chinese Electric Vehicle maker BYD a boost in its attempts to penetrate the U.S. market with its E6 electric model. The BYD E6 EV was presented at Hertz’s booth at the 2012 New York auto show. BYD has already put in place its North American headquarters in downtown L.A and supplied a fleet of E6 EVs to the Los Angeles City Housing Authority.