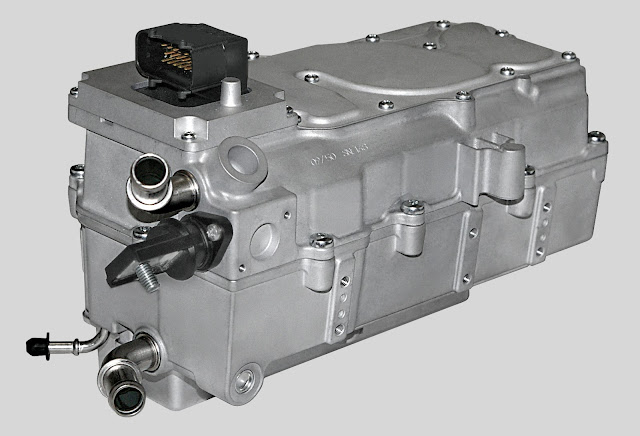 Resenburg / Nuremberg / Vienna. Smaller, lighter, and more powerful – those are the attributes that characterize the latest generation of power electronics, developed by the international automotive supplier Continental for electric drive train applications. In figures, the highly integrated module has a continuous power of 20 kilowatts at a weight of only eight kilograms and just five liters of space. Mass and volume are about 33 percent less than in the previous generation. This was possible due to the integration of two modules: The inverter and the DC-DC converter are now assembled in a single housing.