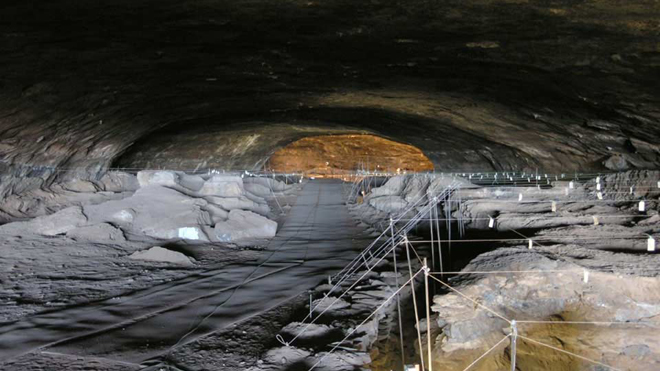 (April 3, 2012)  Ash and charred bone, the earliest known evidence of controlled use of fire, reveal that human ancestors may have used fire a million years ago, a discovery that researchers say will shed light on this major turning point in human evolution.


Scientists analyzed material from Wonderwerk Cave in South Africa, a massive cavern located near the edge of the Kalahari Desert. Previous excavations there had uncovered an extensive record of human occupation.

Microscopic analysis revealed clear evidence of burning, such as plant ash and charred bone fragments. These materials were apparently burned in the cave, as opposed to being carried in there by wind or water, and were found alongside stone tools in a layer dating back about 1 million years. Surface fracturing of ironstone, the kind expected from fires, was also seen.