THROUGH A GLASS, CLEARLY 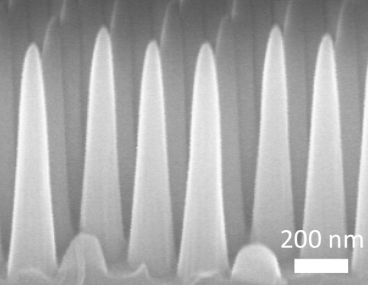 Through a glass, clearly

(April 26, 2012)  One of the most instantly recognizable features of glass is the way it reflects light. But a new way of creating surface textures on glass, developed by researchers at MIT, virtually eliminates reflections, producing glass that is almost unrecognizable because of its absence of glare — and whose surface causes water droplets to bounce right off, like tiny rubber balls.

The new “multifunctional” glass, based on surface nanotextures that produce an array of conical features, is self-cleaning and resists fogging and glare, the researchers say. Ultimately, they hope it can be made using an inexpensive manufacturing process that could be applied to optical devices, the screens of smartphones and televisions, solar panels, car windshields and even windows in buildings.