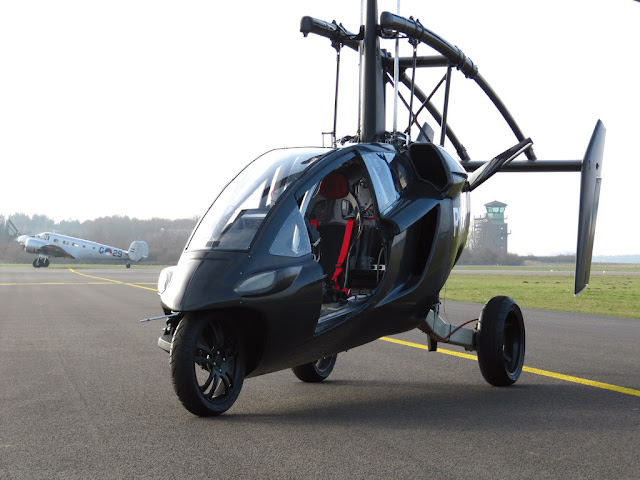 The Dutch company PAL-V Europe NV has successfully concluded test flights of its flying car, PAL-V (Personal Air and Land Vehicle). During the past two weeks, several test flights were conducted at the Gilze Rijen Airport (The Netherlands). The patented vehicle flies in the air like a gyrocopter with lift generated by an auto-rotating rotor and forward speed produced by a foldable push propeller on the back. On the road it drives like a sports car. No new infrastructure is required because it uses existing roads and airstrips.