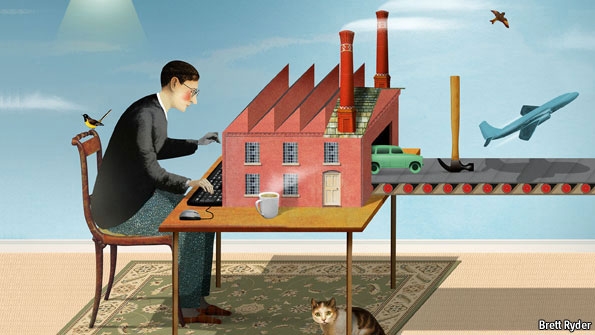 The digitisation of manufacturing will transform the way goods are made—and change the politics of jobs too.

THE first industrial revolution began in Britain in the late 18th century, with the mechanisation of the textile industry. Tasks previously done laboriously by hand in hundreds of weavers’ cottages were brought together in a single cotton mill, and the factory was born. The second industrial revolution came in the early 20th century, when Henry Ford mastered the moving assembly line and ushered in the age of mass production. The first two industrial revolutions made people richer and more urban. Now a third revolution is under way. Manufacturing is going digital. As this week’s special report argues, this could change not just business, but much else besides.