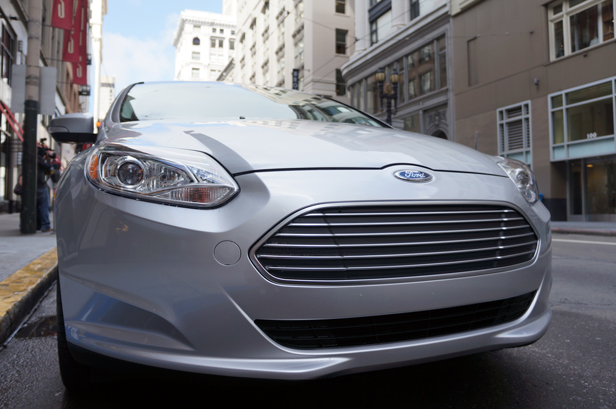 (April 18, 2012)  The automaker says soon all its cars will be compatible with gas, electric, and hybrid drivetrains.

Ford is preparing for an era when choosing whether a new car is powered by gas, electricity, or both is as simple as choosing its color is.

All future models from the automaker will be designed so that they can be produced with gas, electric, or hybrid drivetrains, a strategy embodied by the Ford Focus Electric, made available for the first press test drives last week. While GM and Nissan designed their first all-electric mass production cars from scratch, Ford is essentially using a 2010 design with the gas guts switched for electric ones.