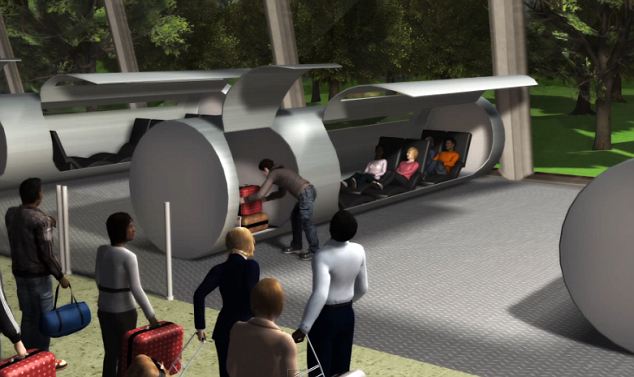 Round the world in just six hours: Vacuum tubes could be used for super-fast public transport

(April 19, 2012)  Imagine hopping on the Tube in London on your way to work in the morning - and getting off near your office in New York City just three-quarters of an hour later.

If the designers of one revolutionary idea for the public transport of the future are right, that's just what we could be doing one day.

Evacuated Tube Transport (ETT) is an airless, frictionless form of transport which, its designers say, is safer, cheaper and quieter than trains or aeroplanes.