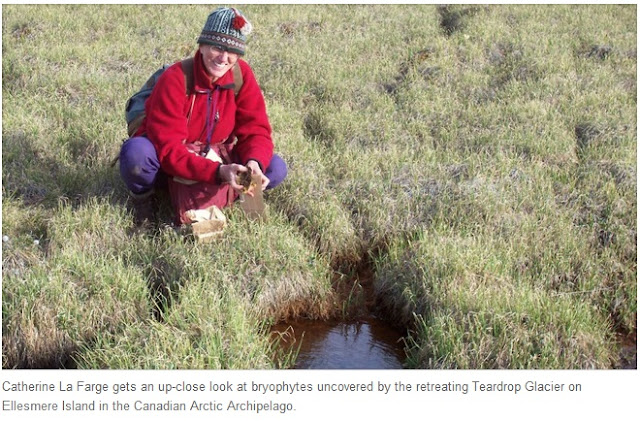 When Catherine La Farge threads her way through the recently exposed terrain left behind by retreating glaciers, she looks at the ancient plant remains a lot closer than most. Now, her careful scrutiny has revealed a startling reawakening of long-dormant plants known as bryophytes.

La Farge, a researcher in the Faculty of Science, and director and curator of the Cryptogamic Herbarium at the University of Alberta, has overturned a long-held assumption that all of the plant remains exposed by retreating polar glaciers are dead. Previously, any new growth of plants close to the glacier margin was considered the result of rapid colonization by modern plants surrounding the glacier.