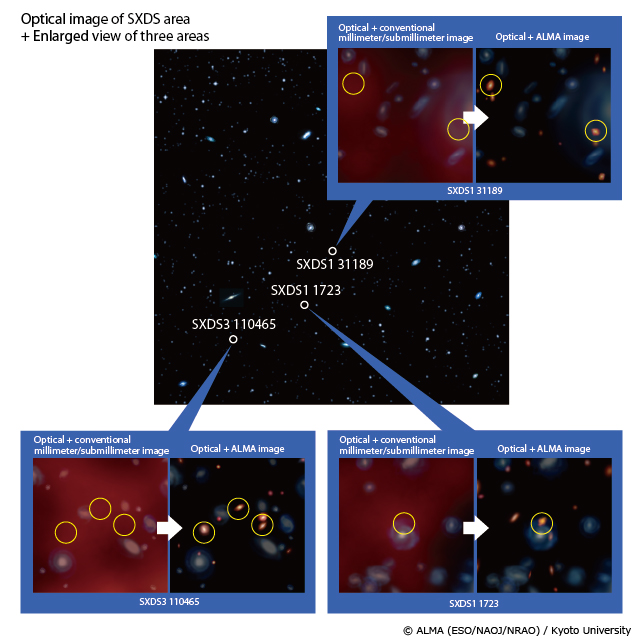 The observations with ALMA, a research team revealed the most unidentifiable millimeter wave signals are emitted from galaxies.

A research team led by Bunyo Hatsukade, a postdoc researcher, and Kouji Ohta, a professor, both from the Graduate School of Science, Kyoto University, revealed that approximately 80% of the unidentifiable millimeter wave signals from the universe is actually emitted from galaxies, based on the observations with ALMA (Atacama Large Millimeter/submillimeter Array). ALMA’s high resolving power and sensitivity enables us to pinpoint the locations of those galaxies rich in fine solid particles (dust).