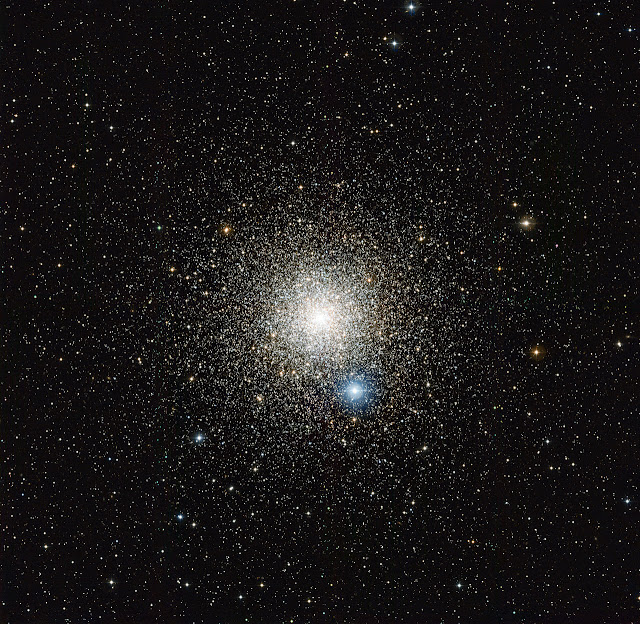 Astronomers expect that stars like the Sun will blow off much of their atmospheres into space near the ends of their lives. But new observations of a huge star cluster made using ESO’s Very Large Telescope have shown — against all expectations — that a majority of the stars studied simply did not get to this stage in their lives at all. The international team found that the amount of sodium in the stars was a very strong predictor of how they ended their lives.

The way in which stars evolve and end their lives was for many years considered to be well understood. Detailed computer models predicted that stars of a similar mass to the Sun would have a period towards the ends of their lives — called the asymptotic giant branch, or AGB [1] — when they undergo a final burst of nuclear burning and puff off a lot of their mass in the form of gas and dust.