A New Kind of Cosmic Glitch 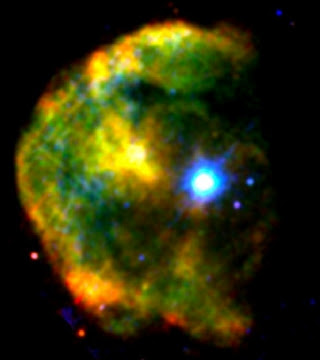 The physics behind some of the most extraordinary stellar objects in the Universe just became even more puzzling.

A group of astronomers led by McGill researchers using NASA's Swift satellite have discovered a new kind of glitch in the cosmos, specifically in the rotation of a neutron star.

Neutron stars are among the densest objects in the observable universe; higher densities are found only in their close cousins, black holes. A typical neutron star packs as much mass as half-a-million Earths within a diameter of only about 20 kilometers. A teaspoonful of neutron star matter would weigh approximately 1 billion tons, roughly the same as 100 skyscrapers made of solid lead.