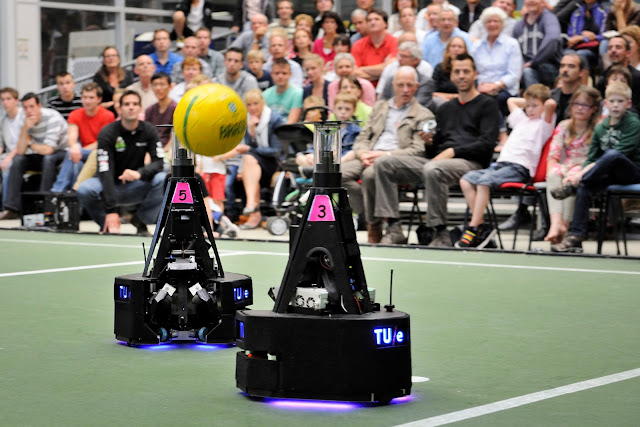 This year’s RoboCup, the world championship series for intelligent robots, will be held from 26 - 30 June in Eindhoven (the Netherlands). The competition expects around 2500 contestants from around 40 countries, competing with their rescue robots, service robots, dancing robots and of course soccer robots. Teams from the USA, Germany, Thailand, Japan, Iran and the Netherlands will defend their World Cup titles which they won in 2012 in Mexico City. The aim of RoboCup is to speed the development of reliable, low-cost robot technology to serve our ageing society.