The scoop on bird poop: the evolving diversity of microbial life in bird guts 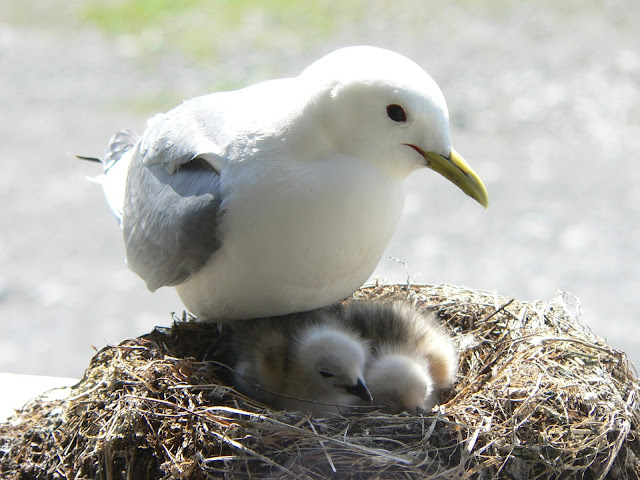 Gut bacteria are known to have a central role both in human and in animal health.  Animals acquire different bacteria as they age but how the microbial communities in the bodies of wild animals change over time is not well understood.  Wouter van Dongen and colleagues at the Vetmeduni Vienna have examined the gastrointestinal bacteria of chick and adult black-legged kittiwakes. Surprisingly, the microbial assemblages of chicks and adults generally differ greatly, with only a few types of bacteria in common.  The findings have recently been published in the journal BMC Ecology.

Gastrointestinal bacteria are important for digestion, immune functions and general health. Wouter van Dongen and colleagues from the Konrad Lorenz Institute of Ethology of the Vetmeduni Vienna have collaborated with scientists from the Laboratoire Évolution & Diversité Biologique (EDB), Toulouse and from the US Geological Survey, Anchorage to study the cloacal bacterial assemblies of black-legged kittiwakes (Rissa tridactyla). The bacteria in the cloaca are known to be similar to assemblages deeper within the gastrointestinal tract, so the researchers examined samples from the cloaca of birds at different ages to look indirectly at gut bacteria.