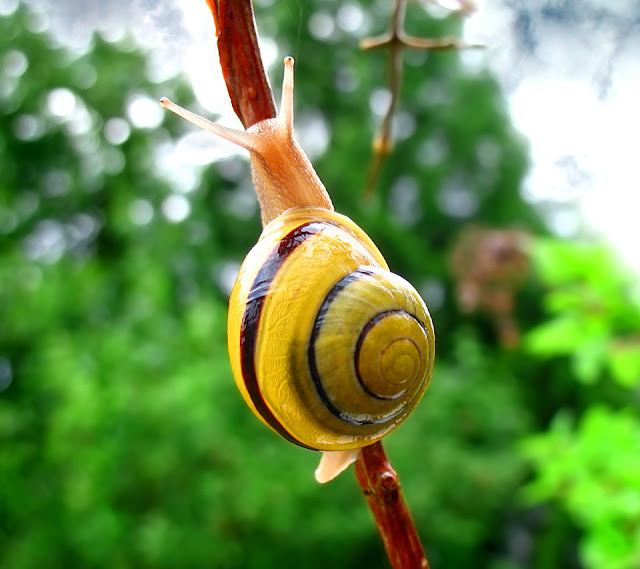 In contrast the shell mantle of limpets, whose shells do not coil, have a symmetrical pattern of the protein Decapentaplegic (Dpp).

There are many hundreds of different kinds of gastropods (slugs snail and limpets) - second only in number of species to insects. They have adapted to live on land as well as in fresh water and marine environments, and have altered their physiology to survive in different habitats and to exploit different niches. The ancestral snail is thought to have had a coiled shell but during evolution some snails have lost their shells to become slugs, and some, limpets and false limpets, have independently lost the ability to coil their shells.