Rats have a double view of the world 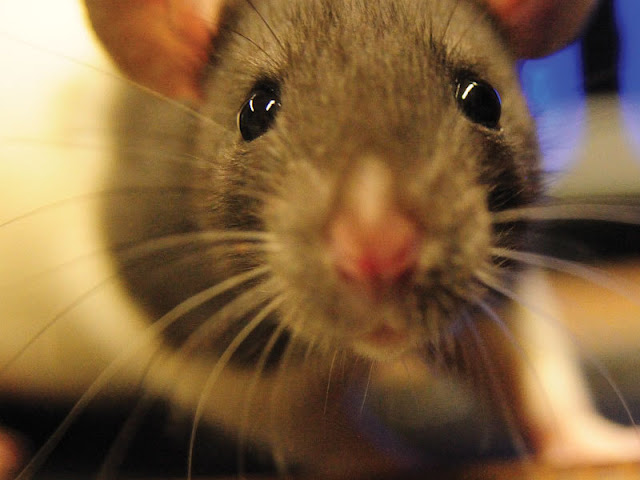 Rodents move their eyes in opposite directions, thereby always keeping an eye on the airspace above them

Scientists from the Max Planck Institute for Biological Cybernetics in Tübingen, using miniaturised high-speed cameras and high-speed behavioural tracking, discovered that rats move their eyes in opposite directions in both the horizontal and the vertical plane when running around. Each eye moves in a different direction, depending on the change in the animal’s head position. An analysis of both eyes’ field of view found that the eye movements exclude the possibility that rats fuse the visual information into a single image like humans do. Instead, the eyes move in such a way that enables the space above them to be permanently in view – presumably an adaptation to help them deal with the major threat from predatory birds that rodents face in their natural environment.