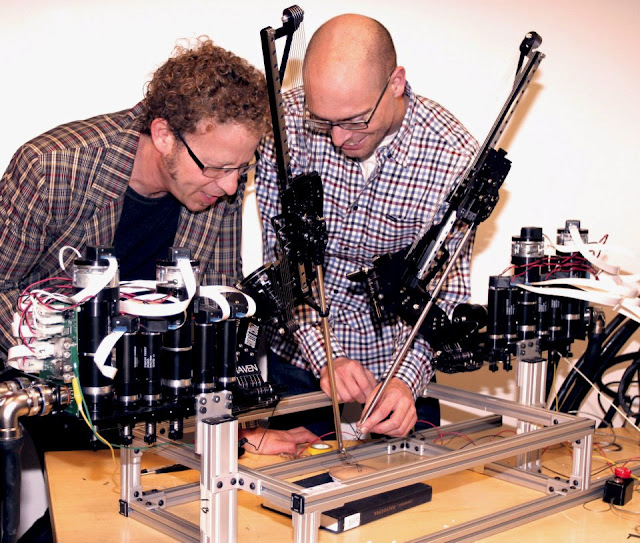 What if robots and humans, working together, were able to perform tasks in surgery and manufacturing that neither can do alone?

That’s the question driving new research by UC Berkeley robotics experts Ken Goldberg and Pieter Abbeel and colleagues from four other universities, who were awarded a $3.5 million grant from the National Science Foundation.

Their work is part of the first $50 million in funding for the National Robotics Initiative, announced in 2011 with the goal of exploring how robots can enhance the work of humans rather than replacing them,