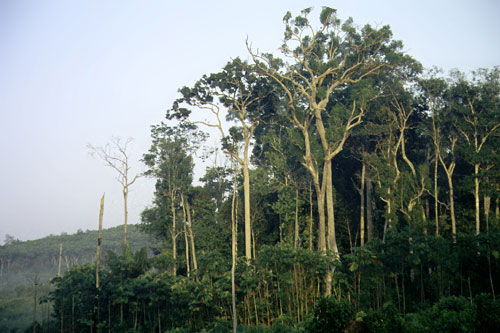 Harvard Forest's response to CO2 reveals past and future for the New England landscape
You might never know it, but the seemingly quiet Harvard Forest in Massachusetts is actually hard at work. Like other forests, it's busy doing some serious global housekeeping, which is being monitored by scientists at Harvard University.

"There's this enormous sucking sound, metaphorically speaking, that is happening across the New England landscape and the eastern U.S. It's the carbon being brought down out of the atmosphere, into our forests, which is reducing the amount that is up in the atmosphere," says David Foster, who is director of the Harvard Forest, which stretches for 3,000 acres near Petersham, Mass., about 60 miles west of Boston.