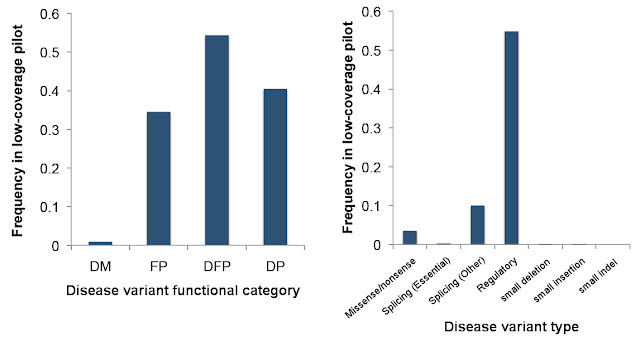 Researchers at Cambridge and Cardiff have found that, on average, a normal healthy person carries approximately 400 potentially damaging DNA variants and two variants known to be associated directly with disease traits. They showed that one in ten people studied is expected to develop a genetic disease as a consequence of carrying these variants.

It has been known for decades that all people carry some damaging genetic variants that appear to cause little or no ill effect. But this is the first time that researchers have been able to quantify how many such variants each of us has, and list them. This figure of 400 is likely to increase as more and more powerful genetic studies discover rare genetic variants more efficiently. Such research brings to the fore ethical questions surrounding anonymous studies and incidental findings.