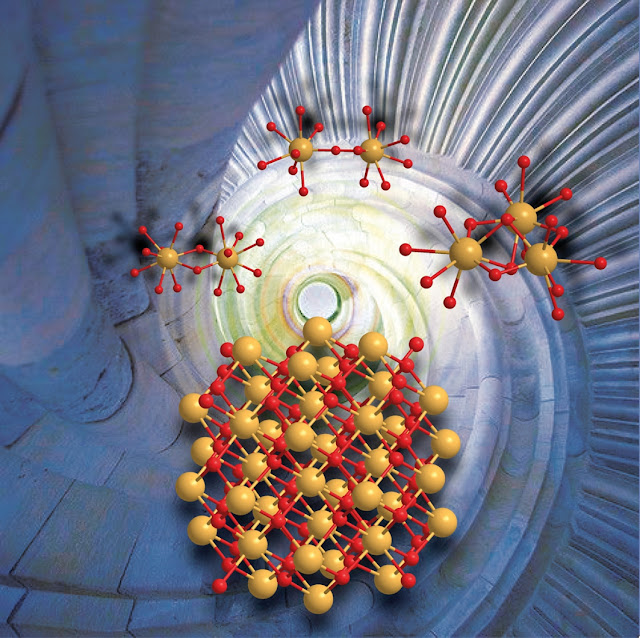 A formation mechanism of nanocrystalline cerium dioxide (CeO2), a versatile nanomaterial, has been unveiled by scientists from the Helmholtz-Zentrum Dresden-Rossendorf (HZDR) and the University of New South Wales in Sydney, Australia. The research results were published in the scientific journal Chemistry – A European Journal (DOI: 10.1002/chem.201204101). This finding potentially simplifies and alleviates the existing synthetic processes of nanocrystalline CeO2 production.

Nanocrystalline CeO2 particles are widely used, for example, in catalysts for hazardous gas treatment, in electrodes for solid oxide fuel cells, in polishing materials for advanced integrated circuits, in sunscreen cosmetics, and in such medical applications as artificial superoxide dismutase. Current industrial syntheses of nanocrystalline CeO2 are based on sol-gel processes followed by thermal treatment and/or the addition of accelerant reagents. Any further improvement of the synthetic strategy for CeO2 nanocrystals requires a better understanding of the mechanisms involved in their formation at the atomic scale.