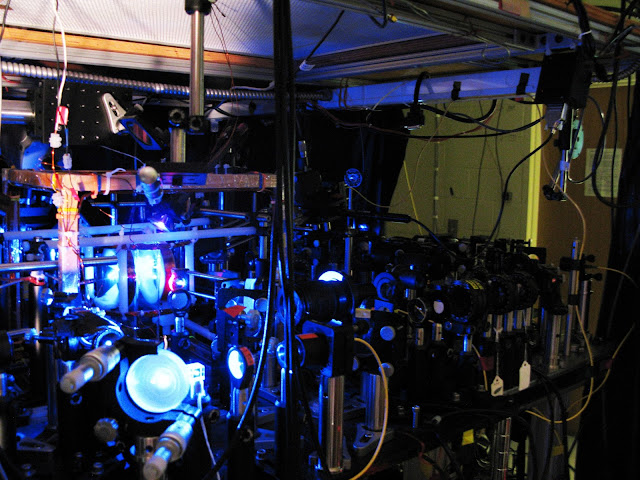 Using clouds of ultra-cold atoms and a pair of lasers operating at optical wavelengths, researchers have reached a quantum network milestone: entangling light with an optical atomic coherence composed of interacting atoms in two different states. The development could help pave the way for functional, multi-node quantum networks.

The research, done at the Georgia Institute of Technology, used a new type of optical trap that simultaneously confined both ground-state and highly-excited (Rydberg) atoms of the element rubidium. The large size of the Rydberg atoms – which have a radius of about one micron instead of a usual sub-nanometer size – gives them exaggerated electromagnetic properties and allows them to interact strongly with one another.