On the hunt for neutrinos 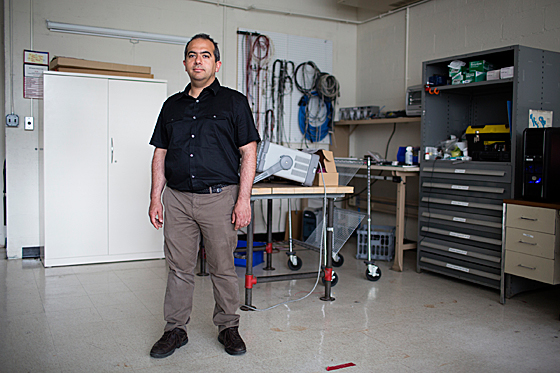 Every second, trillions of particles called neutrinos pass through your body. These particles have a mass so tiny it has never been measured, and they interact so weakly with other matter that it is nearly impossible to detect them, making it very difficult to study their behavior.

Since arriving at MIT in 2005, Joseph Formaggio, an associate professor of physics, has sought new ways to measure the mass of neutrinos. Nailing down that value — and answering questions such as whether neutrinos are identical to antineutrinos — could help scientists refine the Standard Model of particle physics, which outlines the 16 types of subatomic particles (including the three neutrinos) that physicists have identified.

Those discoveries could also shed light on why there is more matter than antimatter in the universe, even though they were formed in equal amounts during the Big Bang