New regulator discovered for information transfer in the brain 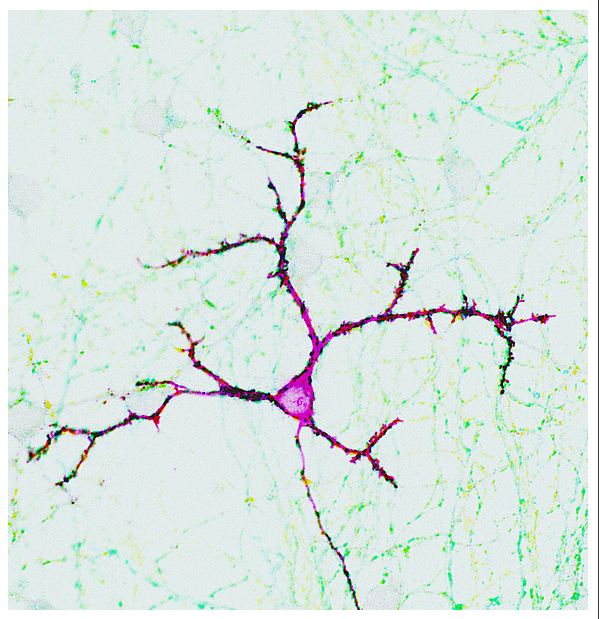 The protein mSYD1 has a key function in transmitting information between neurons. This was recently discovered by the research group of Prof Peter Scheiffele at the Biozentrum, University of Basel. The findings of the investigations have been published in the scientific journal “Neuron”.

Synapses are the most important sites of information transfer between neurons. The functioning of our brain is based on the ability of the synapses to release neurotransmitter substances in a fraction of a second, so that neuronal signals can be rapidly propagated and integrated. Peter Scheiffele’s team has now identified a new mechanism, which ensures that synaptic vesicles, the carrier of the transmitter substances, are concentrated at their designated place, thereby contributing to rapid signal transmission.