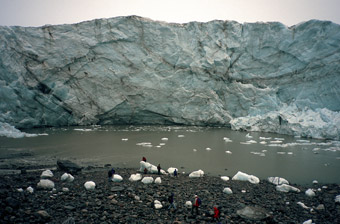 Research from the University of Sheffield has shown that unusual changes in atmospheric jet stream circulation caused the exceptional surface melt of the Greenland Ice Sheet (GrIS) in summer 2012.

An international team led by Professor Edward Hanna from the University of Sheffield’s Department of Geography used a computer model simulation (called SnowModel) and satellite data to confirm a record surface melting of the GrIS for at least the last 50 years - when on 11 July 2012, more than 90 percent of the ice-sheet surface melted. This far exceeded the previous surface melt extent record of 52 percent in 2010.