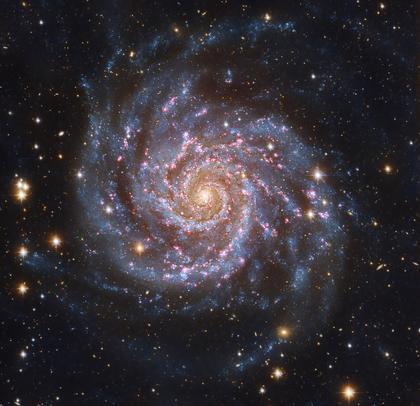 Let’s all fist bump: Spiral galaxies like our own Milky Way appear to be much larger and more massive than previously believed, according to a new University of Colorado Boulder study by researchers using the Hubble Space Telescope.

CU-Boulder Professor John Stocke, study leader, said new observations with Hubble’s $70 million Cosmic Origins Spectrograph, or COS, designed by CU-Boulder show that normal spiral galaxies are surrounded by halos of gas that can extend to over 1 million light-years in diameter. The current estimated diameter of the Milky Way, for example, is about 100,000 light-years. One light-year is roughly 6 trillion miles.