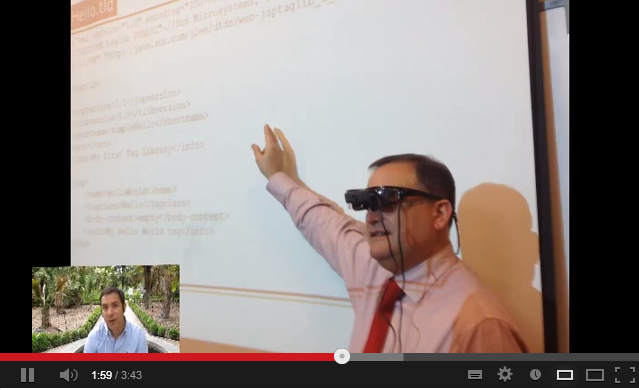 The proposed system (Augmented Lecture Feedback System – ALFs) seeks to improve communication between students and professors during large lecture classes like those frequently given at universities. The way they work is quite intuitive: the professor wears a pair of augmented reality glasses that enable him/her to see symbols above each student; the symbols indicate the person’s state while this activity is taking place. “These symbols are activated by the students via their cell phones and are used to tell the professor that they don’t understand the explanation, or that they have understood it, to ask the professor to go more slowly, or to say whether or not they know the answer to the question that the professor has just asked the class,” explains one of the researchers from UC3M’s Grupo de Sistemas Interactivos (Interactive Systems Group), Telmo Zarraonandia. This way, the professor knows, simply by looking at the symbol a student has displayed over his/her head, exactly what that student wishes to communicate to him/her. In addition, on the upper part of the glasses, the system shows a diagram with the aggregate of the answers given by the students, which can be particularly useful in large groups.