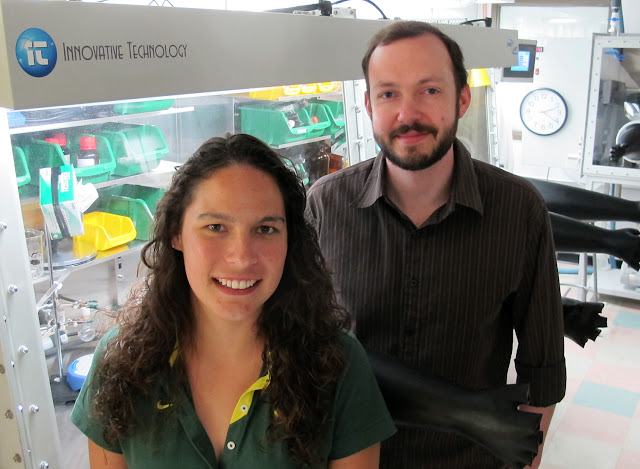 University of Oregon chemists have developed a selective probe that detects hydrogen sulfide (H2S) levels as low as 190 nanomolar (10 parts per billion) in biological samples. They say the technique could serve as a new tool for basic biological research and as an enhanced detection system for H2S in suspected bacterially contaminated water sources.

Hydrogen sulfide, a colorless gas, has long been known for its dangerous toxicity — and its telltale smell of rotten eggs — in the environment, but in the last decade the gas has been found to be produced in mammals, including humans, with seemingly important roles in molecular signaling and cardiac health. Detection methods for biological systems are emerging from many laboratories as scientists seek to understand the roles of H2S in general health and different diseases.