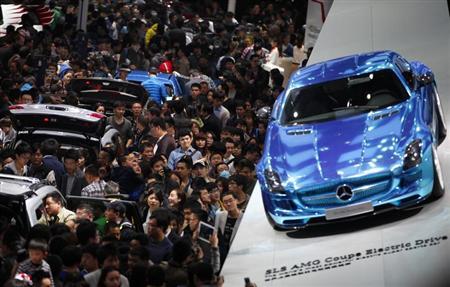 Daimler AG's Mercedes-Benz expects to see growth of up to 15 percent in China's luxury car segment this year, a senior executive said, and is trying to grab a bigger share of that market by expanding into the inland-west and smaller cities.

The company plans to open 75 new dealer outlets this year, nearly half in third- and fourth-tier cities, said China sales head Nicholas Speeks, as part of a broader turnaround plan to reverse its recent struggles in the world's biggest auto market.

"We are a little bit lagging behind our principal competitors in terms of outlets opening," Speeks told reporters at a news briefing to outline the German brand's strategy at the Chengdu auto show on Friday.