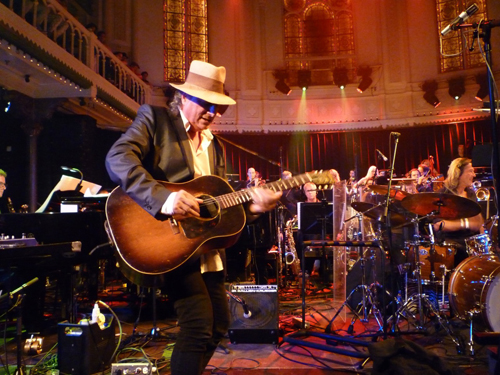 Old Shanghai songs have always been an inspiration for Chinese musicians and artists, but they have also long fascinated American guitarist Gary Lucas, who will stage a concert featuring his reinterpretation of these songs at the Brooklyn Academy of Music (BAM) in New York on Oct 4 and 5.

The upcoming concert, entitled "The Edge of Heaven”, will feature songs originally by Bai Guang and Zhou Xuan, two of the biggest Chinese music and film stars of the 1930s, when Shanghai was known as the "Paris of the East.” Lucas’ covers include”Old Dreams”, "Songstress on the Edge of Heaven” and "Night in Shanghai”, which he performs with a blues inflection.