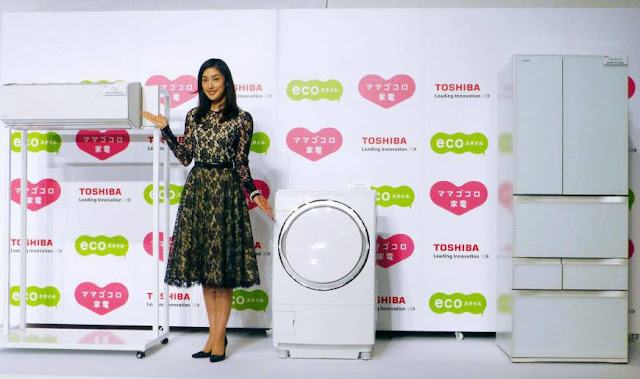 Panasonic Corp. has built its 100 millionth washing machine since starting production in 1951 under the leadership of founder Konosuke Matsushita.

Its output of washing machines has accelerated since Panasonic started production in China in 1992, with the last 50 million being manufactured since 1998.

Panasonic said Thursday that its washing machines are popular in numerous areas because they are designed specifically for each region, taking into consideration size and washing method.
....................

A new Vegeta series refrigerator, to be released in late September, will be equipped with a camera that can take pictures of items inside and send them to a smartphone, Toshiba said Thursday. This could be used to check what foods are running low, or to monitor how an elderly relative is eating, for instance.