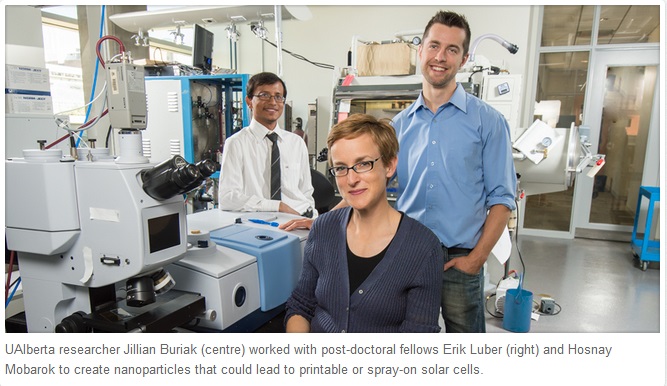 University of Alberta researchers have found that abundant materials in the Earth’s crust can be used to make inexpensive and easily manufactured nanoparticle-based solar cells.

The discovery, several years in the making, is an important step forward in making solar power more accessible to parts of the world that are off the traditional electricity grid or face high power costs, such as the Canadian North, said researcher Jillian Buriak, a chemistry professor and senior research officer of the National Institute for Nanotechnology based on the U of A campus.