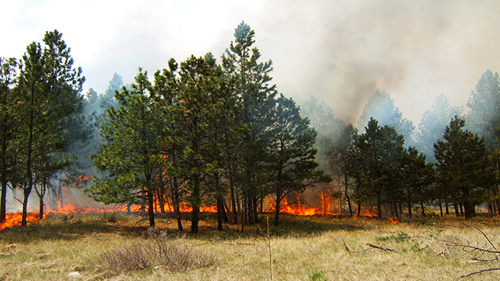 Harvard model predicts wildfire seasons by 2050 will be three weeks longer, up to twice as smoky, and will burn a wider area in the western United States

Research by environmental scientists at the Harvard School of Engineering and Applied Sciences (SEAS) brings bad news to the western United States, where firefighters are currently battling dozens of fires in at least 11 states.

The Harvard team’s study suggests wildfire seasons by 2050 will be about three weeks longer, up to twice as smoky, and will burn a wider area in the western states. The findings are based on a set of internationally recognized climate scenarios, decades of historical meteorological data, and records of past fire activity.