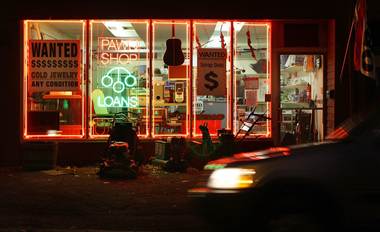 Being poor affects your ability to think, a new study shows. Those coping with severe financial stress don't have the mental bandwidth to deal with all of life’s troubles, a team of researchers reported Thursday.

They’ve done a series of tests that show when people are flush with cash, they can stop worrying and make better decisions. But having financial woes takes up so much attention, they often make poor decisions.