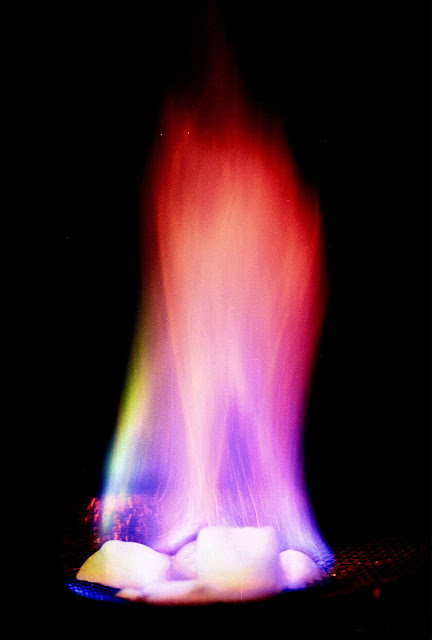 In the midst of an intensifying global water crisis, scientists are reporting development of a more economical way to use one form of the “ice that burns” to turn very salty wastewater from fracking and other oil and gas production methods into water for drinking and irrigation. The study on the method, which removes more than 90 percent of the salt, appears in the journal ACS Sustainable Chemistry & Engineering.

Yongkoo Seol and Jong-Ho Cha explain that salty wastewater is a byproduct of oil and gas production, including hydraulic fracturing, or fracking. These methods use water and produce as a byproduct almost 10 barrels of salty water for every barrel of oil. That water could help people in water-stressed regions. But it can’t be desalinated economically with traditional methods. Seol and Cha knew that an alternative called “gas hydrate desalination” showed promise. A gas hydrate consists of only water and a gas such as methane, the stuff of natural gas. Thus, when hydrates form, salts and other impurities are left behind. When the hydrate breaks down, the gas and pure water are released. However, forming the gas hydrate used in desalination required costly chilling of the water to 28 degrees Fahrenheit. Seol and Cha sought to develop a less costly version of the method, which involves a variation on methane hydrates, chunks of ice retrieved from deep below the sea that burst into flame when brought to the surface.