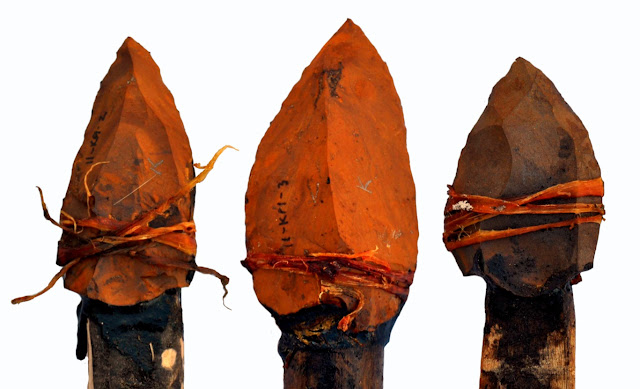 A University of Toronto-led team of anthropologists has found evidence that human ancestors used stone-tipped weapons for hunting 500,000 years ago – 200,000 years earlier than previously thought.

“This changes the way we think about early human adaptations and capacities before the origin of our own species,” says Jayne Wilkins, a PhD candidate in the Department of Anthropology at the University of Toronto and lead author of a new study in Science. “Although both Neandertals and humans used stone-tipped spears, this is the first evidence that the technology originated prior to or near the divergence of these two species,” says Wilkins.