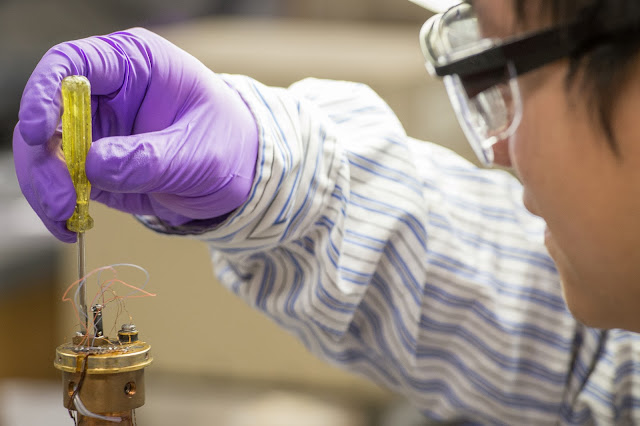 By using common materials found pretty much anywhere there is dirt, a team of Michigan State University researchers have developed a new thermoelectric material.

This is important, they said, because the vast majority of heat that is generated from, for example, a car engine, is lost through the tail pipe. It’s the thermoelectric material’s job to take that heat and turn it into something useful, like electricity.
The researchers, led by Donald Morelli, a professor of chemical engineering and materials science, developed the material based on natural minerals known as tetrahedrites.

“What we’ve managed to do is synthesize some compounds that have the same composition as natural minerals,” said Morelli, who also directs MSU’s Center for Revolutionary Materials for Solid State Energy Conversion. “The mineral family that they mimic is one of the most abundant minerals of this type on Earth – tetrahedrites.