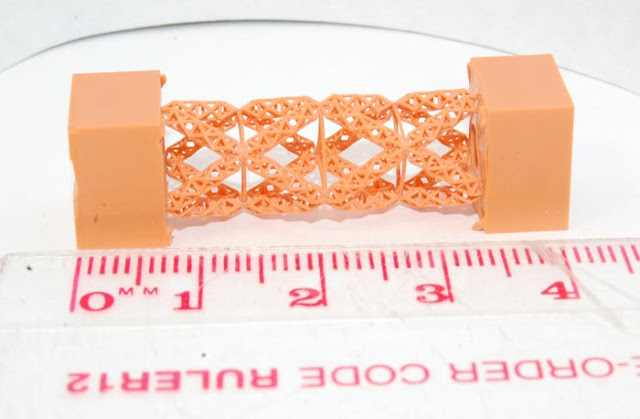 A team of researchers in Europe has shown that the density of large structures can be dramatically reduced, if they are designed using a fractal pattern. The researchers have worked out a way to calculate an optimal “hierarchal structure” built from a certain material so that it can withstand a given load. They claim that using such techniques could help in building highly efficient load-bearing structures that could be used in solar sails, cranes or other lightweight-yet-strong constructs.
A fractal is an object or a structure that is self-similar on all length scales. Fractal patterns are seen in nature at all scales – everything from a single fern leaf that resembles the entire plant, to clouds, snowflakes, blood vessels and cauliflowers shows a fractal pattern. A particular example that inspired this latest work is trabecular bone – the “spongy” bone that is found near joints in the human body. This bone has a sponge-like network of fibres that have a pseudo-fractal pattern, whereby the pattern is almost self-similar across a few scales. This makes the bone strong but light and capable of providing the necessary strength and stiffness.