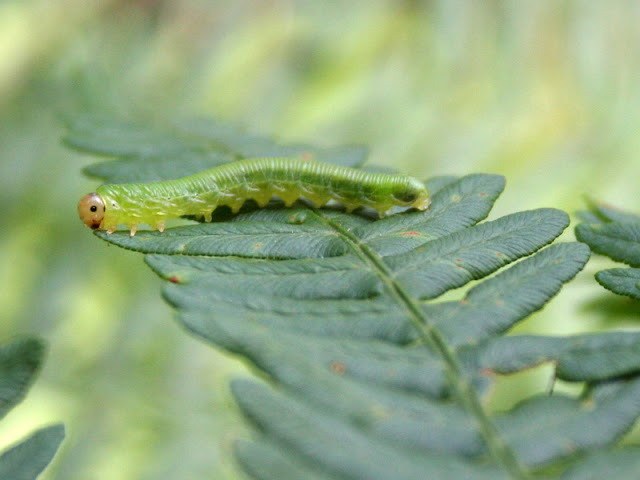 Unlike flowering plants, bracken ferns do not release any odour signals to attract the enemies of their attackers for their own benefit

They dominated the earth for 200 million years and numerous different species can still be found all over the world: mosses, horsetails and ferns. Researchers from the Max Planck Institute for Chemical Ecology in Jena, Germany, have now found out that bracken ferns (Pteridium aquilinum) do not release any volatiles when they are attacked − unlike many of the now dominant and evolutionary younger flowering plants. Such an emission of volatile compounds may attract the pest insects’ enemies, such as ichneumon wasps or predatory bugs, that parasitise herbivores. Nevertheless, volatile emission could be also elicited in fern fronds, if they had been treated with plant hormone jasmonic acid. Jasomonic acid induces the synthesis of volatile substances in flowering plants. This suggests that ferns can in principle mobilise this kind of defense reaction. However, they do not use this indirect defense to fend off herbivores.