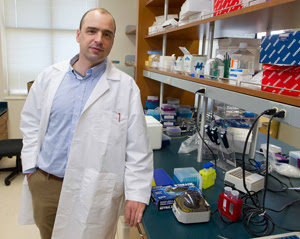 Stanford University School of Medicine scientists have demonstrated, in a study conducted jointly with researchers at Yale University, that induced-pluripotent stem cells — the embryonic-stem-cell lookalikes whose discovery a few years ago won this year’s Nobel Prize in medicine — are not as genetically unstable as was thought.

The new study, published online Nov. 18 in Nature, showed that what seemed to be changes in iPS cells’ genetic makeup — presumed to be inflicted either in the course of their generation from adult cells or during their propagation and maintenance in laboratory culture dishes — instead are often accurate reflections of existing but previously undetected genetic variations among the cells comprising our bodies.