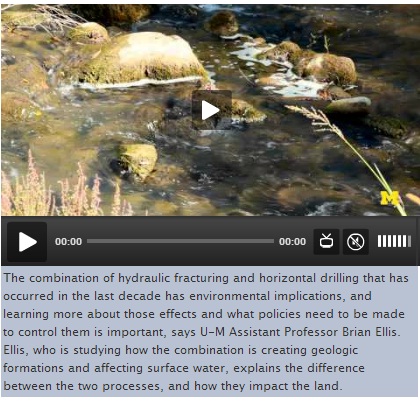 University of Michigan researchers are conducting a detailed study of the potential environmental and societal effects of hydraulic fracturing, the controversial natural gas drilling process known as fracking.

In hydraulic fracturing, large amounts of water, sand and chemicals are injected deep underground to break apart rock and free trapped natural gas. Though the process has been used for decades, recent technical advances have helped unlock vast stores of previously inaccessible natural gas, resulting in a fracking boom.