Graphene switches: HZB research group makes it to first base 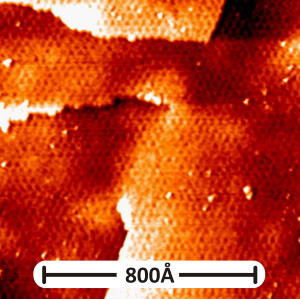 Ever since graphene was first isolated a few years ago, this quasi-two-dimensional network made up of a single layer of carbon atoms has been considered the magic material. Not only is graphene mechanically highly resilient, it also provides an interesting basis for new spintronic components that exploit the magnetic moment of conduction electrons.

Now, Helmholtz Centre Berlin’s Dr. Andrei Varykhalov, Prof. Dr. Oliver Rader and his team of physicists has taken the first step towards building graphene-based components, in collaboration with physicists from St. Petersburg (Russia), Jülich (Germany) and Harvard (USA). According to their report on 27th November 2012  in Nature Communications (DOI: 10.1038/ncomms2227), they successfully managed to increase the graphene conduction electrons’ spin-orbit coupling by a factor of 10,000 – enough to allow them to construct a switch that can be controlled via small electric fields.