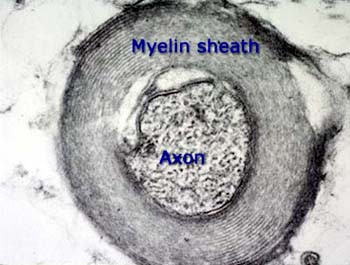 Scientists at the Mainz University Medical Center have discovered another molecule that plays an important role in regulating myelin formation in the central nervous system. Myelin promotes the conduction of nerve cell impulses by forming a sheath around their projections, the so-called axons, at specific locations – acting like the plastic insulation around a power cord. The research team, led by Dr. Robin White of the Institute of Physiology and Pathophysiology at the University Medical Center of Johannes Gutenberg University Mainz, recently published their findings in the prestigious journal EMBO reports.