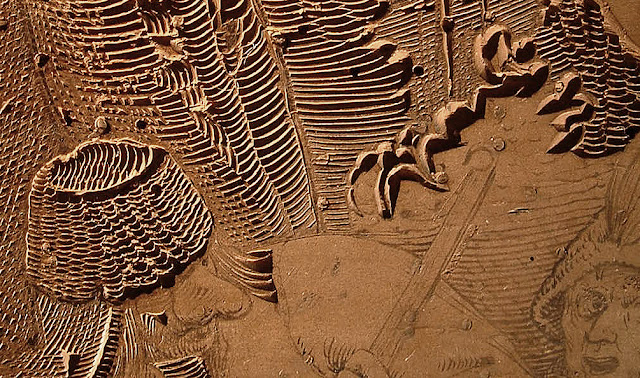 By examining art printed from woodblocks spanning five centuries, Blair Hedges, a professor of biology at Penn State University, has identified the species responsible for making the ever-present wormholes in European printed art since the Renaissance. The hole-makers, two species of wood-boring beetles, are widely distributed today, but the "wormhole record," as Hedges calls it, reveals a different pattern in the past, where the two species met along a zone across central Europe like a battle line of two armies. The research, which is the first of its kind to use printed art as a "trace fossil" to precisely date species and to identify their locations, will be published in the journal Biology Letters on 21 November 2012.