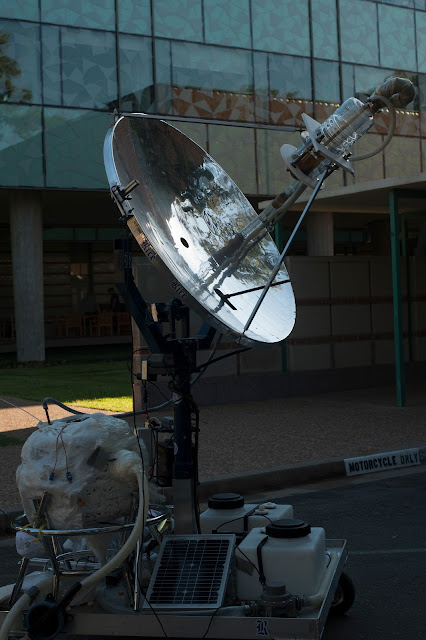 Rice University scientists have unveiled a revolutionary new technology that uses nanoparticles to convert solar energy directly into steam. The new “solar steam” method from Rice’s Laboratory for Nanophotonics (LANP) is so effective it can even produce steam from icy cold water.

Details of the solar steam method were published online today in ACS Nano. The technology has an overall energy efficiency of 24 percent. Photovoltaic solar panels, by comparison, typically have an overall energy efficiency around 15 percent. However, the inventors of solar steam said they expect the first uses of the new technology will not be for electricity generation but rather for sanitation and water purification in developing countries.