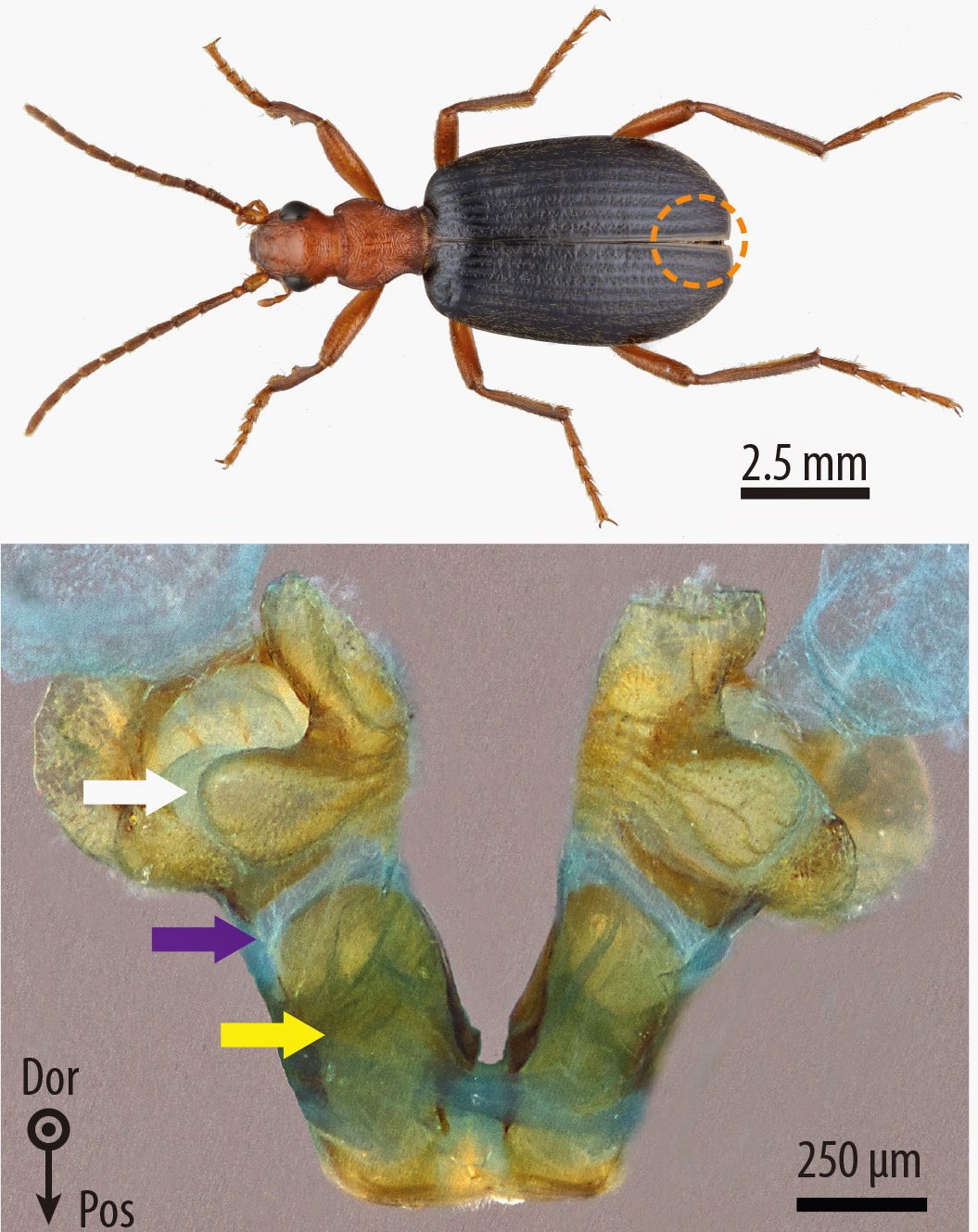 (May 2, 2015)  We humans forbade it a long time ago, but there’s one insect that uses chemical warfare of the sort we banned in the Geneva Conventions. That’s the bombardier beetle, which creates a noxious, boiling hot stream of chemicals inside its body to spray at enemies when threatened.

Researchers using the Advanced Photon Source, a U.S. Department of Energy user facility at Argonne National Laboratory, have gotten the first-ever look inside the living beetle as it sprays. The results are published today in Science.