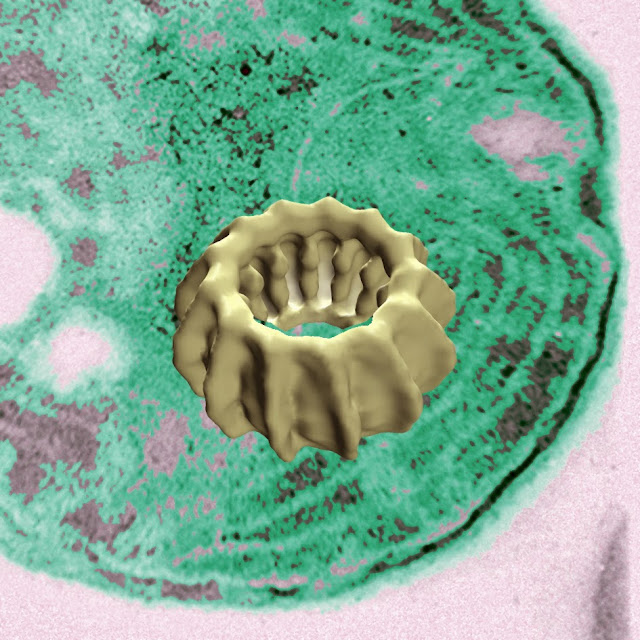 (May 13, 2015)  Chloroplasts are the solar cells of plants and green algae. In a process called photosynthesis, light energy is used to produce biochemical energy and the oxygen we breathe. Thus, photosynthesis is one of the most important biological processes on the planet. A central part of photosynthesis takes place in a specialized structure within chloroplasts, the thylakoid membrane system. Despite its apparent important function, until now it was not clear how this specialized internal membrane system is actually formed. In a collaborative project, researchers at Johannes Gutenberg University Mainz (JGU) have now identified how this membrane is generated. According to their findings, a protein called IM30 plays a major role by triggering the fusion of internal membranes. The study elucidating the role of IM30 involved biologists, chemists, biochemists, and biophysicists at Mainz University and the Max Planck Institute for Polymer Research. Their results have recently been published in the journal Nature Communications.