Jewelry made from synthetic diamond 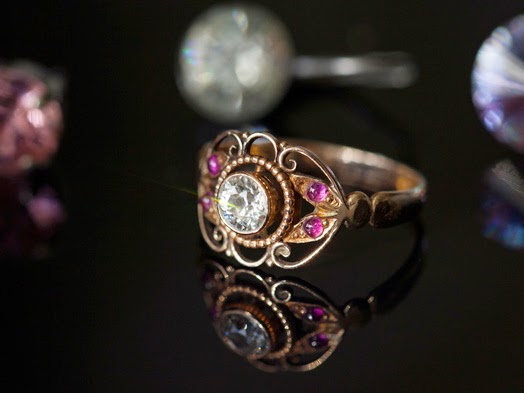 (May 12, 2015)  Synthetic diamond is almost exclusively being used in industrial applications. So far, man-made diamonds could not be produced in quantities high enough to establish them as gemstones. Researchers have now developed the production process of synthetic diamond to such a mature stage, that it is possible to grow 600 diamonds at one time in a plasma reactor. This globally unique reactor type operated at the Fraunhofer Institute for Applied Solid State Physics IAF in Freiburg facilitates the production of single crystalline diamond with an extremely high level of purity.

"Diamonds are a girl’s best friend" – ever since Carol Channing sang these lines in 1949, nothing has changed. Diamond as a gemstone in jewelry is highly popular – especially in the USA, China and Europe. In five years, the demand for raw diamond is even expected to exceed the offer, says a study of Bain & Company and the Antwerp World Diamond Centre, which was published in March 2015. Synthetic diamond could enrich the market in future and form an alternative to the natural resource. While the complexity of the production process for the so-called man-made diamonds has previously been criticized, researchers from Fraunhofer IAF now present a novel method facilitating the serial production of single crystalline diamond.