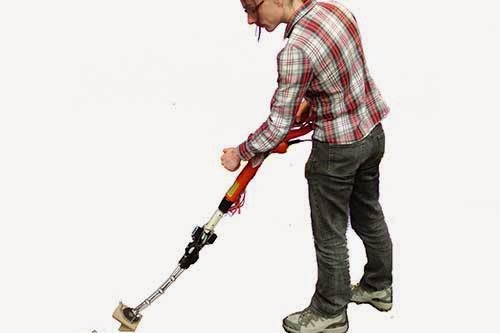 (May 26, 2015)  What if handheld tools know what needs to be done and were even able to guide and help inexperienced users to complete jobs that require skill? Researchers at the University of Bristol have developed and started studying a novel concept in robotics - intelligent handheld robots.

Historically, handheld tools have been blunt, unintelligent instruments that are unaware of the context they operate in, are fully directed by the user, and critically, lack any understanding about the task they are performing.

Dr Walterio Mayol-Cuevas and PhD student, Austin Gregg-Smith, from the University’s Department of Computer Science, have been working in the design of robot prototypes as well as in understanding how best to interact with a tool that “knows and acts”. In particular, they have been involved with comparing tools with increasing levels of autonomy.