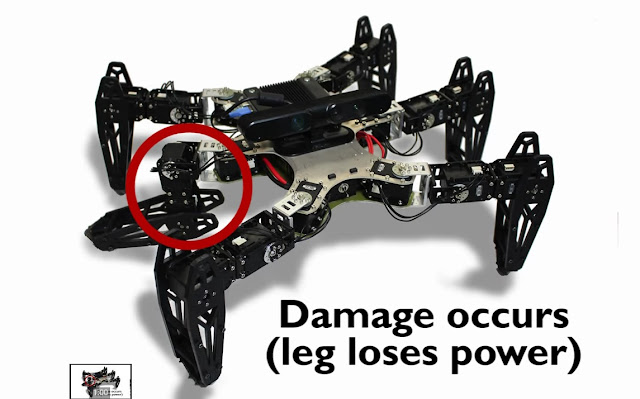 (May 28, 2015)  Robots will one day provide tremendous benefits to society, such as in search-and- rescue missions and putting out forest fires -- but not until they can learn to keep working if they become damaged.

Jeff Clune, a University of Wyoming assistant professor in the Department of Computer Science contributed to a paper, titled “Robots That Can Adapt Like Animals,” that shows how to make robots automatically recover from injury in less than two minutes. The paper appeared in today’s (May 28) issue of Nature, an international weekly journal of science that publishes the finest peer-reviewed research in all fields of science and technology.