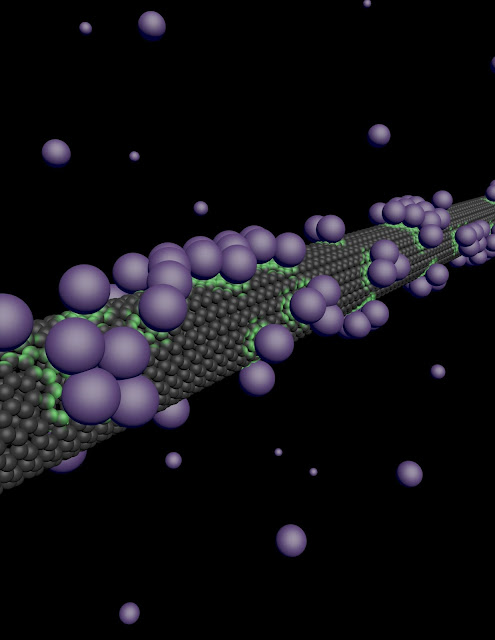 (May 29, 2015)  Physicists at the University of Washington have conducted the most precise and controlled measurements yet of the interaction between the atoms and molecules that comprise air and the type of carbon surface used in battery electrodes and air filters — key information for improving those technologies.

A team led by David Cobden, UW professor of physics, used a carbon nanotube — a seamless, hollow graphite structure a million times thinner than a drinking straw — acting as a transistor to study what happens when gas atoms come into contact with the nanotube’s surface. Their findings were published in May in the journal Nature Physics.